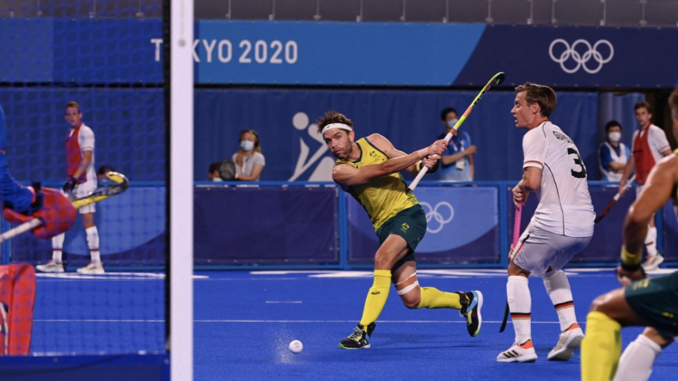 The Kookaburras sealed their place in their first Olympic final since 2004, defeating Germany 3-1 on Tuesday night in the Men's Hockey.

Australia sealed its place in the men’s hockey gold medal match against Belgium, defeating Germany 3-1 on Tuesday night. For all your Tokyo 2020 coverage, stay tuned to The Inner Sanctum’s Olympic hub and the Olympics Central.

The Kookaburras faced Germany on Tuesday night in the men’s semi-final, a game with all to play for as the winner would go through to Thursday’s gold medal match against Belgium.

Added to that is the incredibly close rivalry between the two nations, with the international ledger between the sides sitting at 47 wins apiece heading into the match, with 17 draws.

It was an even tussle to begin the quarter, each side managing to control and attack, but neither providing any clear scoring chances.

Then in what seemed like a flash, the Kookaburras got on the board, thanks to an absolutely brilliant piece of team play.

Blake Govers, with a bit of space, sent a deadeye overhead pass to Flynn Ogilvie inside the circle, who controlled the ball magnificently before sending a bullet pass to Tim Brand on the goal line, who made no mistake in converting the chance.

It didn’t take long for Germany to get a chance to equalise, just a few minutes later earning the first penalty corner of the match.

Lukas Windfeder made no mistake from the chance, scoring Germany’s first goal of the match, 23rd at Tokyo 2020, and remarkably its 12th from a penalty corner in the tournament.

A forward surge from the Kookaburras in the final 30 seconds of the quarter saw the pressure on Germany late, but the pass into the circle was too hot for Australia to maintain possession as the scores remained at 1-1 at the first break.

The Kookaburras brought the heat to begin the second quarter, with plenty of pressure on Germany as they looked to regain the lead.

Germany keeper Alexander Stadler was resolute in defence, however, saving an early shot on Goal from Blake Govers, before continuing his brilliant resistance with four more saves in the space of just two minutes to deny the Kookaburras’ constant pressure.

Germany would soon have some scoring chances of its own, with a series of penalty corners threatening to hand it the lead for the first time in the match. A couple of Andrew Charter saves again denied Australia’s opponents, before a review on the third consecutive penalty corner was upheld, returning possession to Australia.

Australia soon after had a penalty corner of its own at the other end, which breached Germany’s ever-resistant defence as Blake Govers made no mistake with the drag-flick from the top of the circle to score Australia’s second goal.

Germany responded well with the attacking pressure, a deflection late in the quarter – after a series of entries into the circle – too narrow to score.

Germany again applied the pressure in the final minute, a late scare for Australia, entering the circle multiple times – including with less than 15 seconds left – but the Kookaburras withstood the pressure to run out the half and maintain a 2-1 lead.

For Community and Country: Jemima Montag takes the long walk to Sapporo

Germany took the ball forward early, but Australia responded strongly, earning a penalty corner thanks to a piece of defence deemed too aggressive by the umpire.

Going for goal number eight for the tournament, Blake Govers put the shot on but was unable to breach the defense of Germany’s goalkeeper Alexander Stadler.

Germany took the ball forward quickly but Australia defended well, stunting the surge as the teams continued to apply the pressure.

A penalty corner to Germany gave it a chance to equalise the scores, but some great defence on the shot by the Kookaburras meant their rivals’ efforts went unrewarded.

The late pressure from Germany continued, pressing forward and managing another few shots at goal, but the Kookaburras were ultimately resolute, looking to see out the quarter.

But another late scare for the Kookaburras saw Germany awarded a penalty corner with just ten seconds on the clock – before an immediate review from Matt Dawson overturned the decision and ensured the tension was high heading into the final break after a scoreless quarter.

Australia, looking to edge further ahead and potentially seal up the game early in the final quarter, was buoyed by a five-minute timeout to Germany’s Christopher Ruhr.

The Kookaburras weren’t able to capitalise while Germany was a man down, but defended superbly as the Germans continued to press with a handful of shots on goal that were ultimately unfruitful.

Australia’s defence was highlighted by a brilliant save from Andrew Charter in the goals, a reverse-stick shot from Niklas Wellen hit away to deny Germany its chance to equalise and heap pressure back onto the Kookaburras.

The intent and aggression from Germany went up noticeably, neither side able to give itself a clear chance of scoring, as the minutes ticked down quickly towards the final siren.

But in a bold move with three minutes remaining, Germany substituted its goalkeeper Alexander Stadler, flooding the field with an extra player in an attempt to outnumber the Kookaburras.

And while the Germans threatened with a couple of strong passages of play, the substitution looked like it was about to backfire as Australia broke forward, but a desperate save just outside the circle denied the Kookaburras a chance to seal the game late.

But they wouldn’t have to wait long for their third goal, Tom Wickham evading one, then three, Germany defenders to set up Lachie Sharp on the goal-line for the easiest of scores.

It looked like the Kookaburras were home from here, but another late press from Germany saw back-to-back penalty corners, with 43 and then 34 seconds on the clock, but it was ultimately too little, too late as the Kookaburras stormed into their first Olympic final since Athens 2004.

Australia now faces Belgium at 8pm AEST on Thursday in the gold medal final, while Germany will play India in the bronze medal match. 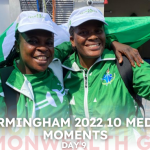 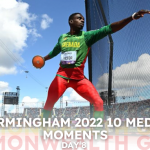