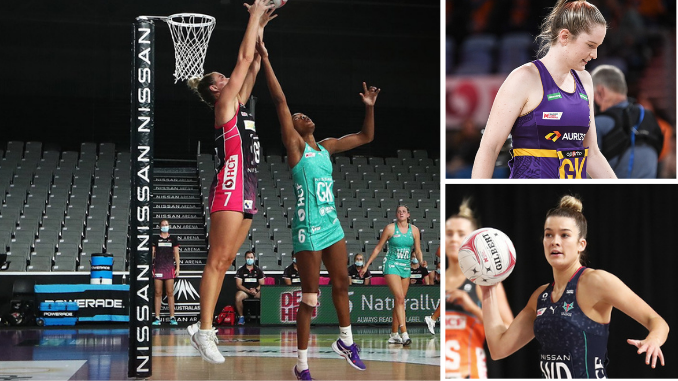 As the Suncorp Super Netball signing period hurtles towards its conclusion, the picture for the 2022 season is starting to become clearer.

With 56 players now signed, across the 80 roster spots, and three teams now complete, things are starting to become clear. There are still questions about a few spots on different teams, and plenty of other things to discuss.

The Melbourne Vixens finished last in 2021, as they attempted to defend their 2020 premiership. The shooting circle struggled, in replacing Caitlin Thwaites and Tegan Philip, following their retirements.

The Vixens weren’t helped by Liz Watson missing the entire 2021 season, and the midcourt struggled as well, as the Vixens won just two games, and finished at the bottom of the ladder.

There is no doubt that the Vixens intend to be at the other end of the ladder in 2022. Kaylia Stanton, Allie Smith and Kadie-Ann Dehaney have departed, and Ruby Barkmeyer has not been retained in the playing squad. In their place, rising defender Olivia Lewis, who has been learning the tricks of the trade behind Courtney Bruce at the West Coast Fever the last few years.

The big signing of the week though, was Kiera Austin, formerly of the Giants. Austin was the starting goal attack for the Giants and the Diamonds when she tore her ACL in Round 1 of the 2021 season.

Austin is expected to be back early on in the season, but her return to the team and full game time will be tempered by the addition of Rahni Samason to the Vixens. The shooter burst onto the scene with a brilliant performance in Round 5 against the Queensland Firebirds. In her time as a replacement player, Samason made enough of an impression to get a full contract from the Vixens for 2022.

Aside from those additions, Liz Watson will also return in 2022. One of the best wing attack players in the world, Watson immediately changes the complexion of the Vixens team, and with the other additions, the Vixens are one of the favourites for the 2022 premiership.

Swifts not to be out-gunned

Despite all the Vixens additions, they are no certainties for the title next season. One of the key reasons for that is the NSW Swifts. After winning the premiership in 2021, the Swifts have retained the seven players who started the Grand Final.

Lauren Moore, Sophie Garbin and Natalie Haythornthwaite have departed from the team, but it looks like the Swifts are prepared to reload and defend their premiership.

Allie Smith has been brought in to provide depth to the midcourt, after a promising two seasons with the Vixens. It’s expected that she will join Tayla Fraser in the wing defence position, and also provide cover in centre, allowing the Swifts to maintain their midcourt flexibility.

Laura ready to light up the Lightning again in 2022

The Sunshine Coast Lightning have signed seven players for the 2022 season. Three of them are circle defenders, in Kate Shimmin, and new additions Kadie-Ann Dehaney and Tara Hinchliffe.

Dehaney’s move from the Vixens was announced after the Lightning announced that they had signed Hinchliffe from the Firebirds. It leaves people scratching their heads, querying whether talismanic defender Karla Pretorius will return to the Lightning.

Pretorius would make four circle defenders. The Giants had four circle defenders in 2021, and it meant that there was no midcourt option on their bench. Price, Parmenter and Hay had to play full games every week, and there were no tactical levers to pull for Julie Fitzgerald.

Such a heavily weighted defensive squad would mean that the Lightning would have to compromise another position group. Will Kylee Byrne be able to work with that? Whether the Lightning will take an unbalanced roster into the 2022 season remains to be seen.

Thunderbirds are almost ready to go

After the Netball South Australia Gala Dinner on Friday night, the Thunderbirds have announced eight signings. Captain Hannah Petty has also signed on, and with Tippah Dwan confirmed to be added to the squad, there are few questions remaining.

The first question is whether the Thunderbirds will re-sign shooter Lenize Potgieter. The South African shooter returned home after the season, but unlike compatriot Shadine van der Merwe, it has not been confirmed that she will not return to the team for 2022.

Potgieter is the only 2021 Thunderbird yet to confirm where she will play next year, and with Dwan’s signing, and Horjus’ extension, there is no goal shooter on the roster yet.

If Potgieter does not return, and after Samantha Gooden’s departure, the Thunderbirds will be forced to find a new shooter.

This late in the signing period, there are precious few of them going around. Caitlin Bassett, Kaylia Stanton and Donnell Wallam spring to mind, but one of the likely options is young South Australian Lucy Austin.

Austin took home the MVP of the Premier League on Friday night, and was a Training Partner with the Thunderbirds in 2021.

Such a move would also create space for the possibility of Horjus playing more in wing attack, with Dwan and another shooter in the goal circle. There are so many possible combinations for the Thunderbirds, but until the replacement is sorted, it is impossible to know how coach Tania Obst will use her midcourt players next year.

Firebirds looking for a keeper

It is impossible to know whether the Firebirds were blindsided by Tara Hinchliffe’s decision to move up the Bruce Highway. It leaves questions as to whether Rudi Ellis would have been retained if they had known, given that the two departures leaves the Firebirds with very little defensive experience.

Kim Jenner will likely continue to play goal defence, as she did in 2021. The Firebirds have elevated Ruby Bakewell-Doran, in a move that is presumed to cover the goal keeper position. Bakewell-Doran showed promise in her brief stint as a replacement player for Hinchliffe late in the season.

While Bakewell-Doran has plenty of potential, she has limited experience, and may not be ready to play 60 minutes at Super Netball level against the best goal shooters in the league next year.

What the Firebirds do about that is unclear, as there are even fewer experienced goal keepers floating around the league, after Dehaney was snapped up by the Lightning, and Lewis by the Vixens.

If Lauren Moore signs with the Firebirds, the answer will be quite clear, as the former Swift will likely assume the starting role. If Moore is signed elsewhere, who do the Firebirds turn to?

With three teams complete, the Fever presumed to be returning in almost identical form to last year, and the remaining teams with three unsigned players, there are fewer and fewer questions each week.

The last few questions will be answered soon, and the one on everyone’s lips? Who will be standing without a seat when the music stops? 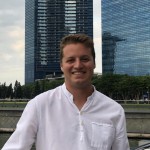