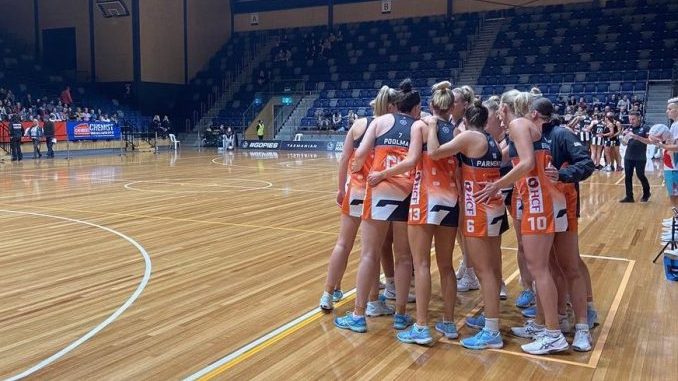 Giants Netball will take to court today with the possibility of a maiden championship title on their minds, but it's the journey they have taken to get to this moment that sets them apart from almost every other team in the league.

Giants Netball will take to court today with the possibility of a maiden championship title on their minds, but it’s the journey they have taken to get to this moment that sets them apart from almost every other team in the league.

How They Got Here

Starting the season off on a high, the Giants dished the Thunderbirds a 14-goal loss in Round 1 at Netball SA Stadium. Losing star shooter Kiera Austin to an ACL tear in the second quarter, 19-year-old Sophie Dwyer stepped up to the occasion and helped carry her team to victory under pressure.

From then, the Giants went on to take home three more victories before losing to the Fever by one goal in the dying seconds of Round 5.

In Round 6, the Giants donned their Indigenous dresses and took on the Swifts in the first ever Sydney derby at Ken Rosewall Arena. Going down to their cross-town rivals, the Giants would need to re-think their strategy for the coming games.

The following round, Julie Fitzgerald coached her 350th national league game where the Giants fell short to the Lightning in their third straight loss for the season.

This moment would serve as a turning point for the Giants, who would make the difficult conversations needed to resurrect their season.

The ladies in orange would go on to beat the Swifts by four goals in the second Sydney derby for the year.

A one goal loss to the Lightning in Round 13 would motivate the Giants for when they took on the Fever the following week to secure the minor premiership and a double chance to make the grand final.

Meeting the Swifts in the major semi final, nerves were evident across court for the young Giants side, many of whom have never played in a finals series before.

Suffering yet another agonising one goal defeat to the Swifts, the Giants would use the loss as motivation to produce one of their best ever performances to send the Fever packing.

Not only did Sam Poolman shut down the league’s best goal shooter, Jhaniele Fowler, but the entire team rose to the challenge across court.

The Giants will attempt to replicate a similar, if not better performance, in the most important game of the season.

Proud of her roots and new hometown love, Maddy prepares for a shot at Super Netball glory

Harten: Giants will lift for each other

Rebecca Bulley: Part of the fabric of this grand final

The season that Sophie Dwyer has produced this year is arguably one of the best Super Netball breakout performances of all time.

It’s easy to conclude that the Eastwood-Ryde Netball Association star has come a long way in the space of three months, slotting right into the goal attack position.

The most amazing thing about the talented youngster isn’t her shooting percentage, nor is it her ability to perform in the tough moments.

It’s her attitude; her willingness to learn and her gratitude to play with her Giants family.

Jo Harten has taken Dwyer under her wing on court, whilst Kiera Austin has given her pointers off court.

Not only does Dwyer take in every ounce of feedback she can get, she executes for her team without fail.

She may be inexperienced, but at only 19, she has the patience and potential of an Australian Diamond, with netball experts quick to identify Dwyer as future talent.

After losing to the Swifts in the major semi-final, Fitzgerald knew her team had to produce something special to book a spot in the grand final, and that’s exactly what they did.

Every single player in the Giants ensemble played a vital role in their victory from Tilly McDonnell’s encouragement on the bench to Maddie Hay’s execution on court.

The performance they produced as a collective was awe-inspiring. Keeping contacts to an all time low, the Giants rejoiced that they would have the opportunity to claim their inaugural premiership.

The preliminary final against the West Coast Fever proved the Giants could topple one of the strongest teams in the competition, lifting as a team to produce an incredible performance.

A three-goal victory against the Fever has well-prepared the Giants for their clash today, as they will use the momentum from the victory to replicate the same energy on court.

Aside from the four relocations this season, there were a collection of troubles that tormented the Giants throughout their 16 games and it all started in Round 1.

In the second quarter of their first game, key playmaker and Australian Diamond Kiera Austin tore her ACL, ruling her out for the rest of the season.

Whilst Austin’s injury was heart-breaking at the time, her role for the team has been unmatched. Providing advice for inexperienced players and giving them the confidence they need when necessary, she has been just as useful on the bench as she would have been on court.

In Round 5, the Giants faced West Australian quarantine, which saw April Brandley choose family over the Fever.

Training partner Amy Sligar embarked on a last-minute flight to Perth to make up the Giants bench in the absence of the international star.

The Giants would lose to the Fever by one goal in the dying seconds of the game, ending their four game winning streak. They would face bad luck in their second game against the West Australian side too.

With April Brandley and Tilly McDonell ruled out with ankle injuries, the Giants would finish their home and away season with only eight physically fit players. 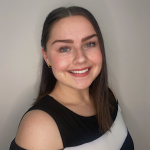