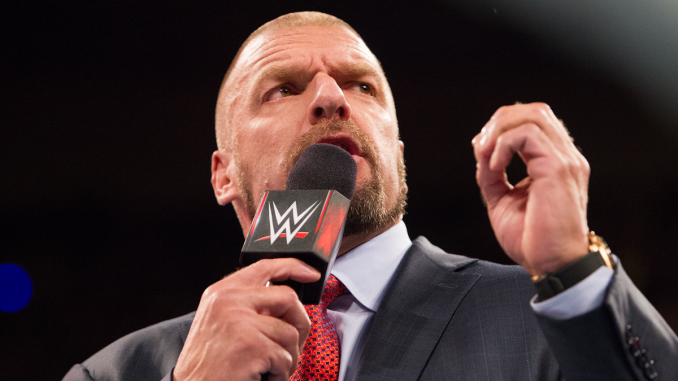 With Triple H now being the Head of WWE Creative, multiple superstars are now primely positioned to thrive under the new regime.

In welcomed news for WWE fans, Triple H has been appointed as the company’s new Head of Creative following the departure of former CEO, Vince McMahon. Since this transition in administration, the King of Kings has made an immediate impact in his new position.

While the SummerSlam card was already produced by McMahon prior to his retirement, the fourteen-time world champion still had a creative influence on the show and made it an enjoyable watch. He most notably turned Becky Lynch face and placed Bayley, IYO SKY and Dakota Kai in a faction to revive the women’s division.

Under Vince McMahon’s control several stars were not properly utilised, with some even leaving the company as a result. However, there is an overwhelming level of confidence from the fans that the superstars who were previously mistreated by the old regime, will now thrive under Triple H’s leadership.

The Inner Sanctum will look at five superstars who will greatly benefit under the creative control of Triple H and the contribution they should now have on weekly television.

Gunther is undoubtedly the biggest presence to emerge from NXT: UK, which was also run by Triple H along with the original NXT. He is currently the Intercontinental Champion, but the title has been mistreated for a long time.

The Intercontinental Title was once regarded as the second-biggest championship in WWE behind the world title, but it has remarkably not been defended on a Premium Live Event in nearly 500 days.

The last time the belt was featured on a PPV was when Big E and Apollo Crews collided in a Nigerian Drum Fight at Wrestlemania 37.

Vince McMahon hardly valued the Intercontinental Championship, but Triple H now has the chance to make the title prestigious again and who better to have it on than Gunther?

Since defeating Ricochet to become the new champion in June, Gunther has not achieved anything of note as he has not beaten any legitimate competition. In recent weeks, McMahon booked Gunther in segments that have involved him constantly slapping his partner, Ludwig Keister for not upholding their high standards in the ring.

While it does show the type of competitor Gunther is, we need to see him compete more in the ring and Triple H should assure that.

Combining all of these factors, Triple H should have Gunther now defend the Intercontinental Championship more regularly and there is no better stage to start, than WWE Clash of the Castle on September 4.

Gunther should be portrayed as an unstoppable force, as Triple H booked him to have the longest NXT United Kingdom Championship reign in history at 870 days.

IYO SKY (previously known as Io Shirai) was a significant part of the NXT women’s division in the black and gold era, as she held the brand’s women’s title back in 2020. However, SKY suffered an injury earlier in the year and was lost in the shuffle in the rebranding of NXT.

The division was led by women like Toxic Attraction, Cora Jade, Roxanne Perez and Nikkita Lyons. Therefore, IYO’s spot was taken over and there was doubt surrounding what position she would be placed in once healthy.

However, reports then circulated that the former NXT Women’s Champion was going to leave WWE once her contract expired and go back home to Japan. Although she shot the rumours down on social media, SKY was still projected to leave, which could have largely been due to being potentially misused by Vince McMahon.

The expectation with talent moving across from NXT to the main roster was that Vince McMahon would not allow them to reach the heights and potential they displayed under Triple H in the next-gen brand. Fellow female superstar Xia Li is an example, as she has hardly been featured on Friday Night Smackdown despite being a key player in NXT.

IYO may have realised she would follow the same fate, but everything changed once McMahon stepped down. As it was mentioned in the introduction, Triple H was controlling SummerSlam and promoted SKY to the main roster under a new name.

She is now in a faction alongside Bayley and Dakota Kai, and the group has already made it known that they will be an integral part of Monday Night Raw. On August 1, the three women attacked an injured Becky Lynch and SKY clashed against the Raw Women’s Champion, Bianca Belair in her first main roster match.

Fightful Select confirmed that the faction was pitched a long time ago, but Vince McMahon knocked it back. It is safe to say with Triple H being the Head of Creative, the women’s division is in good hands and IYO SKY is one name that will be treated the right way.

Was Theory the right guy to win the Money In The Bank contract?

Birmingham 2022: Preview Guide to the Aussie Wrestling in the Commonwealth Games

Although he main-evented night one of WrestleMania 38 against ‘Stone Cold’ Steve Austin, Kevin Owens was severely misused under Vince McMahon and is one of Triple H’s babies from NXT. The King of Kings even assisted ‘The Prizefighter’ in becoming the Universal Champion in 2016.

Owens was catapulted into superstardom in WWE, when we won the NXT Championship in 2015 before famously defeating John Cena clean only months later in his main roster debut. While Owens is a former Universal Champion, he has astoundingly not won a title since 2017.

The reality is that Owens has been placed in meaningless feuds as of late and recently concluded a program with Ezekiel, which commenced after WrestleMania in April. He made it entertaining, but it ultimately served no purpose on television.

Owens should have been further rewarded after signing a new multi-year with WWE in December, last year but he wasn’t even a contender to win this year’s Money In The Bank ladder match.

He could have easily walked out of the company after being mistreated, but Owens pledged his loyalty.

It is no secret that Triple H loves Kevin Owens, especially with how he was booked as a monster in NXT seven years ago. That should be replicated into the main roster product eventually, and we might finally see Owens claim a long-awaited championship.

Every WWE fan knows that under Vince McMahon’s leadership, Finn Balor was only treated as an afterthought and not on the same level as when he was working with Triple H.

The Prince is a former NXT Champion and even went back to the brand for a second time in 2019, since he was being incredibly under-utilised on the main roster. He achieved nothing of note apart from becoming the company’s first Universal Champion in 2016 when his reign was cut short due to injury.

Just recently Balor joined The Judgment Day, fans initially had high hopes for this move as Balor finally seemed to have a purpose on Monday Night Raw. He was alongside Edge, Damien Priest and Rhea Ripley in a group that was being booked by the Rated-R Superstar.

However, Edge was kicked out due to proposing ideas for the group that McMahon did not appreciate and approve of. Ever since, Balor’s momentum has declined along with Damien Priest and they are stuck in a meaningless feud with the Mysterios.

Finn Balor even revealed that he was, “deeply hurt”, by not featuring at this year’s WrestleMania.

Balor is much-loved by Triple H, who immediately placed him in important roles when he came back to NXT, to the point where he once again became the brand’s world champion. Therefore, Finn Balor is now positioned to play a huge part on Monday Night Raw and could even be given a title run in the next year.

Arguably the single-greatest talent to arise from NXT, Ciampa is going to thrive under Triple H’s watch and it was already shown on the August 1 edition of Monday Night Raw.

Prior to the show, the former NXT Champion was not featured much on television and was only having three-minute interview segments. Shortly after, he then aligned himself with The Miz and has been his right-hand man.

Every WWE fan can say that Ciampa is too good to be in that position and the general consensus was that he was never going to have a key role under Vince McMahon. He didn’t have the size McMahon prefers and although he is an incredible wrestler, the former CEO never took Ciampa into consideration.

Ciampa is infamously known as being one of NXT’s greatest heels and was involved in one of the brand’s more remarkable rivalries against Johnny Gargano.

Like IYO SKY, Triple H immediately catapulted Ciampa into an important position on Monday Night Raw and booked him to become the new number one contender for Bobby Lashley’s United States Championship.

He earned the opportunity by not only beating Dolph Ziggler and Chad Gable in a triple threat, but also by overcoming AJ Styles. If someone is being given that type of spotlight and momentum, it only bodes well and is a strong indication that Ciampa will be successful under the new WWE regime. 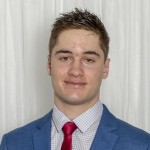