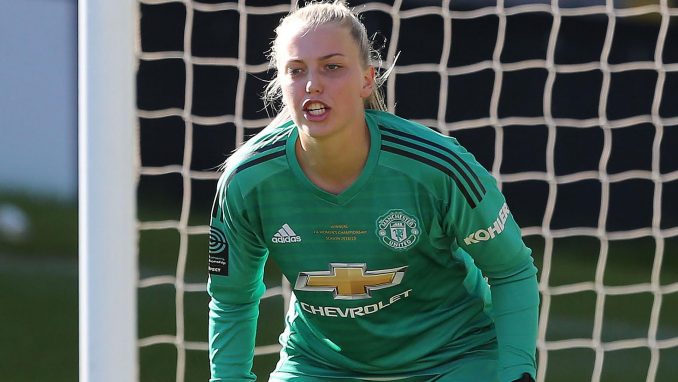 Emily Ramsey is looking to be a regular in the Blues line-up as she looks to develop herself into a better player. (Photo: John Peters/Manchester United)

Manchester United goalkeeper Emily Ramsey is once again on loan, this time for the Blues. Previously playing for Birmingham City, she is looking for game time and to develop her skills.

The England under-21 national team player, is looking for more minutes with the Blues to show Manchester United how good she is. Last season at Birmingham City, she appeared 17 times and got minutes in the Women’s Super League.

“I had a good loan with Birmingham – I got exposed to a lot which was good for my growth – and I knew that I wanted to progress further with a club that had bigger ambitions in the league,” Ramsey said.

“Everton is perfect for that. It’s a very talented squad, I’m here to compete, get game time and help the club.”

One of the main reasons she decided to join Everton on loan was coach Brian Sorensen. She believes under his guidance it will be easy to develop her game.

“He has a calm and authoritative presence, I’ve heard really good things from those who have worked with him before,” the England under-21 goalkeeper said.

“I’m excited to see how he will put his tactical style and stamp on the team. I’m feeling positive and hoping it can be a really good season for us.”

Ramsey had three clean sheets at Birmingham, with all of them against world-class opposition in Arsenal, Aston Villa and Everton. She showcased her skill in the Everton game and impressed Sorensen accordingly.

“I’m really happy that we are able to bring Emily to Everton. She’s a young player who has a lot of experience in the WSL already, which is a bonus for us,” coach Sorensen said.

“I was able to see her live last season and I knew she was a player that I wanted to bring in and help develop her further.

“She is a great shot-stopper, she communicates well. For her age, Emily has big potential.” 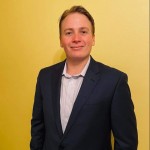