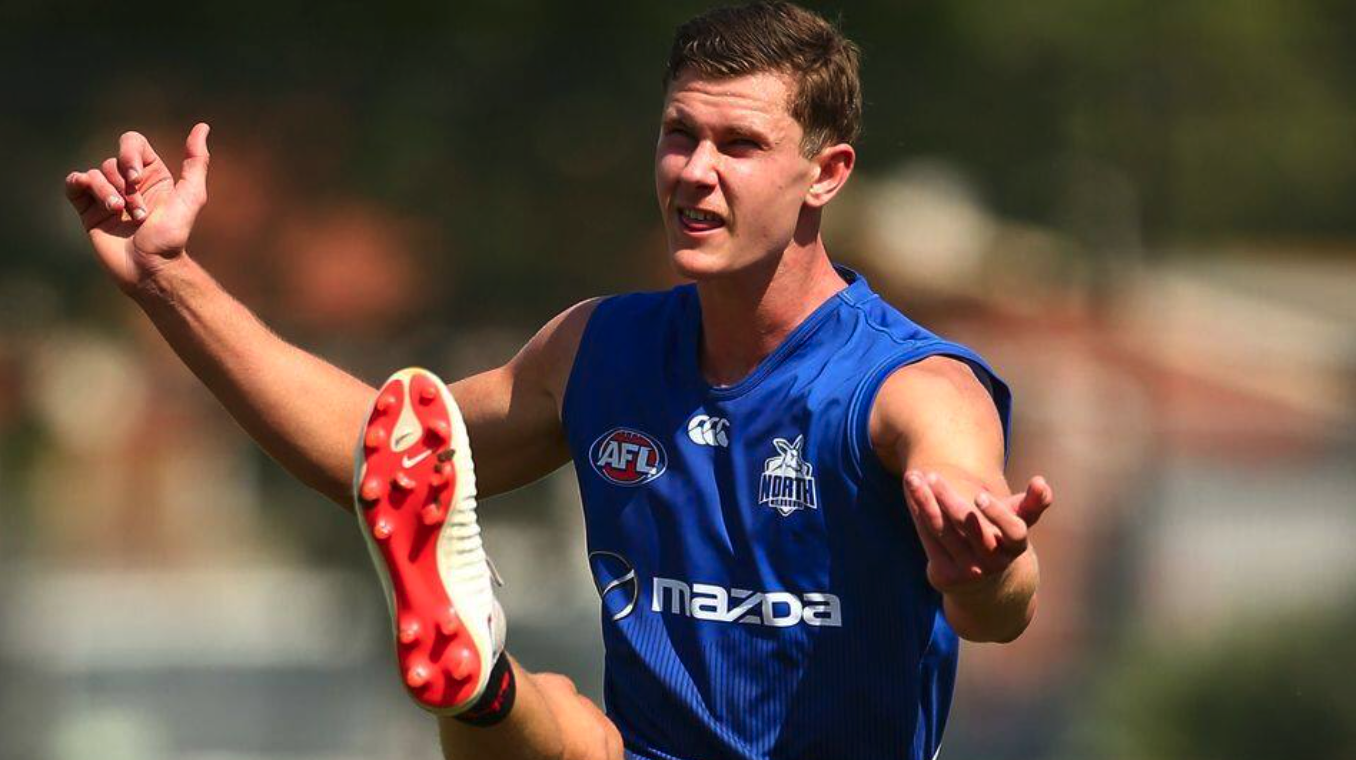 Charlie Comben dominated his half of football on the weekend. Photo: North Melbourne

Charlie Comben has rocketed into AFL calculations with a spectacular four-goal on the weekend, while first pick Jacob Edwards is set to join North's VFL side this weekend for the first time.

Charlie Comben dominated in his long-awaited return to football after 18 months on the sidelines last weekend, with the just-turned 20-year-old kicking four goals. David Noble says there’s enough time left in the AFL season for him to make his eagerly anticipated debut.

In a practice match with the Brisbane Lions Reserves players up in Queensland, Comben played the first half up forward for North before being put on ice for the rest of the game. On-lookers had well and truly seen enough to know he’ll be special, after the big man had missed 2021 due to a tibial stress fracture suffered in the pre-season.

On top of his four goals, the 199 centimetre prospect read the play well, applied pressure inside the forward 50 and – most importantly – moved freely around the ground.

Noble admitted that his work loads would be monitored closely over the next few weeks, and the priority remains that Comben pulls up well from games.

“The work that he’s done prior to this in getting to that point, we’re really comfortable – we’ve tracked his loads really carefully,” Noble said.

“I think what we loved about his game wasn’t so much the goals. His movement, his reading of the play, his connection with how the ball sort of moved was something that really caught our eye.

“Is there enough time [for him to feature at AFL level this season]? Yeah, there probably is.

“There’s certainly five weeks ahead of us to sort of see what capacity we’ve got from the big fella. We wouldn’t discount it, we’re certainly not going to risk it. At this stage he pulled up really well, there’s no soreness, so he’s going to need another few weeks to continue to push his case, but I think internally we feel like there’s enough time should his form be good – should he warrant selection.

“He’s going to need to continue to show some good signs.”

There is another massive inclusion to the North Melbourne VFL squad, with mid-season draft number one pick Jacob Edwards set to join the side this weekend.

“Jacob Edwards is another one – he’s playing this weekend, we’re lucky enough to get him into the VFL.

Tristan Xerri is currently playing a role in the AFL that both Comben and Edwards are building towards becoming in their careers. It’s that second key forward position behind Nick Larkey, that can take ruck contests for Todd Goldstein and also provide a real threat up forward with the ball in the air or at ground level.

“I think that mix of him (Charlie Comben), ‘Big X’ (Tristan Xerri), Jacob [Edwards]. That second tall we’re really keen to play that can do a bit of ruck and forward,” Noble said.

“I’m really looking forward to what Charlie can do, not only in the next sort of five weeks but in the next couple of years.”

Larkey has become one of the best young forwards in the game over the course of his past two seasons. At just 23 years of age, he has kicked 27 goals on the year to lead North Melbourne.

Noble said that his development has been fast-tracked with the best key defender going to him every week.

“I think they learn a lot by playing against the best. You have to develop your tools quickly when you’re consistently coming up [against the best defender].

“What I’ve been impressed with Nick this year is his capacity to actually work, pull his game apart, understand where his strengths are, what he can continue and needs to grow, and make his strengths better.

“Then his preparation is really improved this year in knowing he’s got to take the number one defender each week.

“I think the other thing that’s helped him too as we’ve got deeper into the year, our ball movement’s been better. So the patterns that he’s able to run now, he’s got a little bit more reliability and consistency with what we’re doing with the ball. I think that helps him as well.”

North has been continually crucified with injuries over 2021 – at one point there was concern that a full emergency list wouldn’t be able to be provided for the AFL side.

Finally getting their troops back has meant selection headaches for Noble, and this weekend will be no exception.

Superstar Ben Cunnington will return, while Jed Anderson and Jared Polec will be available for selection as well.

“Ben [Cunnington] did a load over the weekend, a training session. So it’s not a bad time for him to have a spell coming into the last four or five games, but yeah he’ll be straight back in.

“I think both he [Jed Anderson] and Jared [Polec] are both chances this week. We’ll look at the structure of that – Jared and Jed had a session here on Saturday morning with one of our staff members who stayed back.

“I think Boomer [Harvey] came in and did some footy work with them as well. So yeah they’re both ready for selection.” 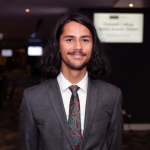 Jasper writes on Aussie Rules, basketball, tennis and netball for The Inner Sanctum. His main area is player analysis, with a keen focus on the AFL Draft. He also lends his voice to The Checkside and the SuperCoach Sanctum PODcast each week.