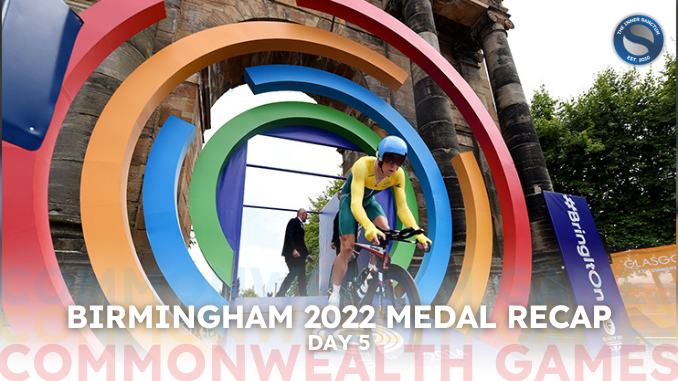 It was another big day for Australia, topping off a stunning swimming campaign with 65 medals in the pool, 25 being gold medals, with the Aussie women beating the men in the poolside medal tally.

Cameroon finally claimed its first medal on day six of the Games with Junior Nyabeyu recording a phenomenal lift of 361kg.

India has recorded eight weightlifting medals so far including three gold, in a show stopping effort by the 24-year-old Lovepreet Singh.

Pakistan’s Muhammad Butt added a gold medal win and a Games record to his resume after lifting 405kg.

Butt had set heavier weight targets early, putting pressure on New Zealand’s runner up David Liti. The runner up only went down by 11kg.

Samoa has proved its dominance in the weightlifting at the Games, with Feagaiga Stowers claiming the silver medal.

England added to its growing tally to take out the golden spot in the women’s 87kg+ category as well as breaking a new Games record.

It was a massive effort by the New Zealanders to make it a 1-2 on the podium after a huge day out on the men’s cross-country track.

Sam Gaze defended his title as top dog in the mountain biking event.

This earnt the country two more medals, bringing their tally up to 36 after a big push on Day Six with 10 medals total.

It was a fine ride from Australian Zoe Cuthbert who took out the silver, while South Africa’s Candice Lill fell short of second place taking home the bronze.

Golden girls Rosemary Lenton and Pauline Wilson pulled it together to bring home the gold for Scotland in a dominant display against Australia.

The Scottish duo defeated Aussies Cheryl Lindfield and Serena Bonnell 17-5 in the final.

It was a history making event for debutante Georgina Kennedy as she became England’s first ever women’s singles squash gold medallist.

Saurav Ghosal won the bronze medal for India, being the first to do so for the country in Commonwealth Games history.

This adds to Ghosal’s huge CV of wins for his country.

It was a good day for India and New Zealand on the mat, assuring more medals to add to their tally.

Sydnee Andrews battled it out with Northern Ireland’s Sarah Hawkes for the bronze medal.

Bronze winner Moira de Villiers joined Jason Koster as a gold winning husband and wife duo, with both claiming the top of the podium in judo at the Commonwealth Games.

Canadian teammates Shady El Nahas and Kyle Reyes took out the gold and silver medals for their country, making it a 1-2.

Jamal Petgrave took on Remi Feuillet to come out victorious for a third time.

Indian bronze medal holder Tejaswin Shankar jumped his way into third, and became the first in history to open India’s medal tally in the athletics events.

Eilish McColgan strode to victory, taking out the top spot after an incredible comeback, overtaking two other racers in the final metres of the track.

It was a huge throw of 19.03 for gold by Canadian Sarah Mitton to give her the win.

Welshman Aled Davies led all comers in this event, throwing a Games record, while Sri Lankan Palitha Gedara becoming the first para-athlete to win a medal at the Games for his country.

Donning the green and gold, Evan O’Hanlon won his second straight gold medal in the T37/38 100m final as he set a new Games record of 11.23.

Jamaica’s Elaine Thompson-Herah won the golden prize with a time of 10.95 seconds, narrowly defeating Saint Lucia’s Julien Alfred who came in at 11.01.

Jamaica is currently in the lead for most women’s 100m titles held.

Africa’s fastest man won Kenya’s first gold medal in the men’s 100m sprint since 1962 with an immaculate time of 10:02 seconds.

New Zealand’s Lewis Clareburt also celebrated the end of the swimming events with a third medal at the Brum.

18-year-old para swimmer Nicholas Bennet brought it home for Canada with a gold and a broken Games record.

Australia’s Benjamin Hance was beaten by more than half a second but still came out better than fellow teammate Jack Ireland in third.

Benjamin Proud and Lewis Edward Burras made it a home team 1-2 in the men’s 50m freestyle, with Proud winning a third Commonwealth Games title in a row.

It’s been a gallant week in the pool for the Aussies, with Sam Short making his mark on the medal tally on the final day of the swimming program striking gold in the men’s 1500m freestyle.

Short was too strong for Northern Irishman Daniel Wiffen, who hit a new personal best during the event.

It was a close race until the end with Australia losing out by a mere eight one hundredths of a second.

Titmus was challenged by Canadian youngster Summer McIntosh at the Tokyo Olympics and again in Birmingham, but came out on top.

Titmus has rewritten the history books, being the first person in more than 50 years to win the 200, 400 and 800m women’s freestyle events.

Canada’s Kylie Masse won gold after an incredible feat in the pool, powering through the water in a new Commonwealth Games record time of 27.31 seconds.

The Aussies finished off their stint in Birmingham winning yet another silver and bronze medal to add to their massive collection.

It was the tiny nation of Northern Ireland’s gold to take home after Bethany Firth’s first win. 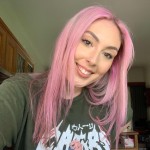