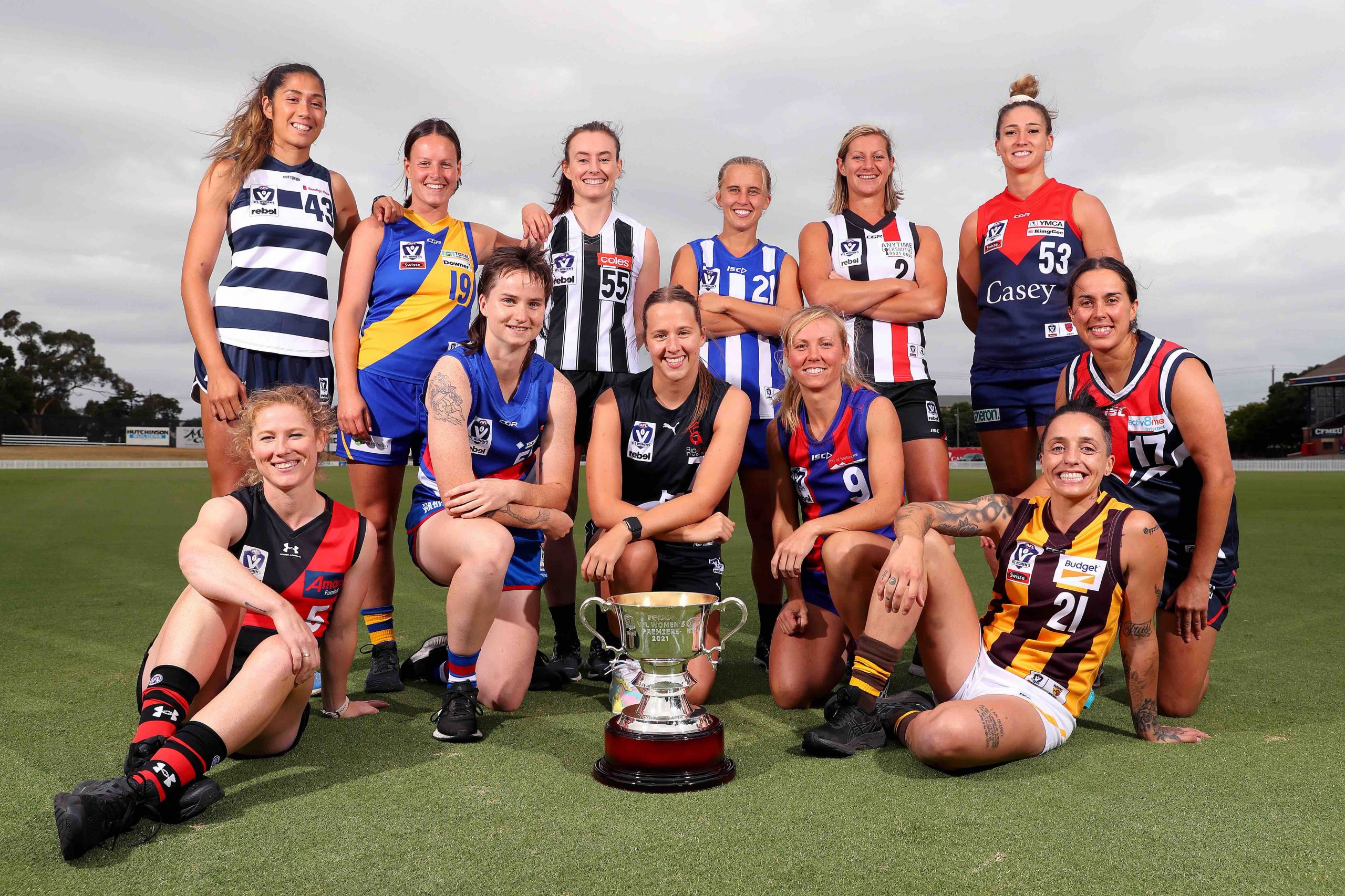 All 12 VFLW clubs are ready to fire when round one starts on Saturday. Photo: Williamstown FC

Ahead of the first week of VFLW action, check out how your team is shaping up in the leadup to the season.

The cancellation of the 2020 VFLW season left many women waiting to know when they would be able to play footy again.

Ahead of the start of the 2021 season, The Inner Sanctum takes a look at every team’s practice hit-outs, the first games in a year and a half for most players.

COVID restrictions saw the Blues take on the Bulldogs twice for a win apiece, as their second practice game against North Melbourne was canceled due to Victoria’s five-day lockdown.

The Blues lost the first game, hosting the Dogs at Ikon Park. Senior coach Luke O’Shannessy was pleased with his team’s performance despite the result.

“We weren’t able to capitalize maybe as much as we would like to, but the fact that we were still able to hit the scoreboard, show that we can move the ball from back half to the forward half and apply enough pressure on the Bulldogs to make sure they’re not kicking away was really pleasing,” he told the Carlton website.

The second game, held at Whitten Oval, ended in a 17 point Blues victory after a three-goal third quarter sealed the game.

The Demons were intent on making head coach Peter Mercoulia pull his hair out across their two matches, downing the Pies by three points at Olympic Park before going down by the same margin to Port Melbourne at Casey Fields.

“The physicality was a real positive,” he told the Melbourne website.

“We’re looking for our players to stay involved in the game on all lines, and making sure they’re connected to the game, staying in the play so they can make an impact.”

AFLW-listed Sarah Lampard ran out the first game in its entirety, coming back for her first hit out after rupturing her ACL at the beginning of the 2020 season.

She was rewarded with selection for the AFLW team’s clash with North Melbourne in round four.

After a close loss to Casey at Olympic Park, the reigning premiers resumed their dominance with an 83 point demolition of North Melbourne at Arden Street Oval.

AFLW-listed player Aliesha Newman responded strongly to being dropped, putting on early tackling pressure all around the ground and pressing forward dangerously against the Roos.

Ruck and vice-captain Sarah King showed off her mobility and strength across the two games, winning hit outs and following up to support her midfielders at ground level.

Abbi Moloney followed Newman’s lead, popping up everywhere around the ground, finding plenty of footy, and pushing the Pies forward constantly with her elite vision, marking, and disposal by foot.

Coach Chloe McMillan was extremely pleased with her side’s “exciting ball movement” as well as the way they “open up the game” by linking handballs through the middle of the ground.

The VFLW’s only side without a men’s counterpart, and one of the last remnants of the historied VWFL, the Falcons take on season 2021 without an alignment once again.

Unfortunately for Mitch Skelly’s side, Darebin lost to both Williamstown and Essendon, going down to the latter by 10 goals. Most concerningly, the Falcons only averaged 19.5 points over the two games.

A rematch against the Gulls in round one at Latrobe Uni will give the Falcons a chance to work on their forward structure against a familiar opponent.

Skelly has earmarked 34-year-old veteran, new captain, and long-time Falcon Stephanie Simpson as one of the stand-out players from the practice games, with the former winger spending more time in the forward line in 2021.

Simpson kicked six goals in 12 games in 2019, averaging eight disposals and two and a half marks.

Results: Defeated by Williamstown by 11 points, defeated by Essendon by 60 points

Running out under new captain Georgia Nanscawen for the first time, the Bombers cruised to a 10 goal win over Darebin in a rare Thursday night clash at the Hangar.

New recruit and AFLW journeywoman Mia-Rae Clifford was the star of the show, kicking five goals in a dominant forward performance which showed off why she the Cats leading goalkicker at AFLW and VFLW level in 2019.

Young players including Alana Barba and Eloise Ashley-Cooper impressed coach Brendan Major, with Barba shaping up as a sneaky chance for the Essendon best and fairest at just 19 years old according to her captain.

“She has shown some really good qualities in the last couple of months of training. This might be her breakout year in the midfield.”

Two hit-outs for Geelong saw the Cats keep a miserly North Melbourne goalless and taking down rivals Hawthorn, getting up by 34 points with a perfect six-goal scorecard in the first game.

Youngster Steph Williams pushed her case for selection out of this game, looking lively in the forward line and kicking a couple of goals in what was a day out on GMHBA Stadium, earning herself a senior debut.

Coach Andrew Bruce praised veteran forward Michelle Fedele, who’s battled a long-term ankle injury to return for the side in 2021.

“She’s come back fully fit and is going really well, so it’s exciting to see her play,” he said.

Bec Goddard’s side took on the Cats in an unscored practice match, which saw the Hawks drop their first hit-out under their new coach to their bitter rivals.

“The results in terms of the scoreboard wasn’t really relevant to us,” Goddard told the Hawthorn website.

“We needed to see a few players playing different positions and who was was capable of what, and we’ve been able to do that to select a team for round one.”

New recruit and captain Jess Trend made her debut in Hawks colours, while 39-year-old veteran Meg Hutchins continued to impress her coach with her experience.

Young premiership Hawk Olivia Flanagan missed the game due to illness but has been named as an emergency for the round one clash against the Bulldogs.

Against the Cats at GMHBA Stadium, North failed to register a goal and only managed one major score against the Saints at Trevor Barker Beach Oval in wet and windy first-half conditions.

Unfortunately for the struggling Roos, AFLW-listed players Grace Campbell and Tahni Nestor were called up to the senior team while Katelyn Cox and Sophie Abbatangelo sat the last game out.

This left just Amy Smith and Georgia Hammond as the only AFLW players to take on the Pies team that handed them an 83 point drubbing.

Midfield pair Jess Mourney and Caitlyn Gashi were consistently impressive across the practice games, winning the ball in the middle and creating play for the struggling Roos.

Entering the VFLW competition this year, the Borough only had the one hit out ahead of the season start on Saturday.

While it also held an intra club game on Feb 7, this means that the new side will have only run out together as a unit just once before its round one clash with North Melbourne at Arden Street.

The promising young tall ran out for her first game since August 2019 after battling persistent groin issues.

Getting over the line against the Casey Demons at Casey Fields by just three points, the Borough registered the majority of their score in the first quarter before fading out offensively.

One of only two teams to play two games and win both (Geelong being the other), Dale Robinson’s Saints are in one of the best runs of form of any club coming into the 2021 season.

Robinson herself has been involved with the Saints since 2018, learning under now AFLW coach Peta Searle as well as former Hawthorn VFLW coach Paddy Hill.

Winning by a combined 61 point margin across their two games against North Melbourne and Williamstown, the Saints are the team to beat.

Robinson was further pleased with the performances of defender Georgia McLean and former Old Mentonian Maddi Capsalis, who has made a sharp rise from the VAFA and will be one to watch in 2021.

The 2019 grand finalists were challenged by the Blues at home, going down by 14 points before exacting revenge at Ikon Park to down their rivals by 17 points.

Midfielders Riley Christgoergl and Katelyn Betts impressed so much in the practice affairs that they were named captain and vice-captain respectively, demonstrating their on-field leadership and ability to guide their teammates.

The Dogs’ list will be bolstered by the additions of former AFLW Tiger Nekaela Butler, who was delisted at the end of 2020 and will be looking to prove herself to scouts for the 2022 season.

Experienced midfielder/forward Eliza Morrison has had a strong season for NTFL side Nightcliff and will be looking to carry over that form into the VFLW season.

The Gulls opened and closed the practice game fixturing, with nearly a month between their games against Darebin (Jan 30) and the Southern Saints (Feb 21).

With plenty of new faces in her side, Cula-Reid was happy with the level her team was at ahead of the season.

“I’m not disappointed in any of our performances,” she told the Williamstown website.

“I can really start to see them (new signings) understanding what we’re trying to do, and considering that we have had a lot of these players train less than a handful of times with us, it’s going to take some time for them to really understand the Williamstown way and the way we want to play.”

Strong performers over the two games included captain Erin Meade, and the forward line brigade of Aleisha Casley, Sasha Long, Tori Snelleksz, and Ash Melnikas, who all hit the scoreboard.

The round one VFLW fixture has been released. Find all the games for the opening weekend here: 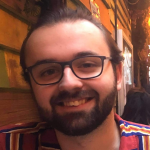