Australia has defeated Kyrgyzstan 5-1 in the 2022 IIHF Men’s U20 Division III World Championship quarterfinals. The win sees them play tournament hosts Mexico at 5 am AEST Saturday in the semi-finals.

Kyrgyzstan proved in their last match of the group stage against Chinese Taipei that they would not be easy beats.

After losing their first two matches, Kyrgyzstan bullied Chinese Taipei, scoring early and controlling the game through their physical play.

Kyrgyzstan finished the game 3-1 victors in what was at the time the upset of the tournament.

The result pleased Australia’s Assistant Coach Jason Kvisle. “It will give our guys a wake up call that they need to show up straight away,” Kvisle said.

“They scored 30 seconds in the game and so if we aren’t ready from the get go then it could be all over for us.

“It also shows them that they can beat a top tier side and so they will be looking to do the same to us. The strongest and smartest will prevail.”

Kyrgyzstan dominated the majority of the first period, with Denis Popov scoring just 2:36 into the game.

After a failed clearing attempt, Australia’s goaltender Jeremy Friederich was screened by a Kyrgyzstan forward.

Popov opportunistically fired a wrister from distance that Friederich never saw which pinged off the post and into the net. It was the first time this tournament that Australia have trailed in a game.

Australia’s speed started to open up gaps in Kyrgyzstan’s defence, and sustained offensive zone time led to the equalising goal.

The scorekeeper lit the lamp in error when Arum Rapchuk appeared to jam the puck past Kyrgyzstan goaltender Tenirberdi Narynkulov. But the puck trickled wide of the net.

However, seconds later Rapchuk again found himself alone between the circles and fired a perfect wrister blocker side past Narynkulov.

With just under a minute remaining in the period, Dmitri Kuleshov gave Australia its first lead of the game.

After a sustained cycle, Ethan Hawes fired a harmless looking shot from the blueline. However, Kuleshov was in the high slot and perfectly deflected the shot glove side past Narynkulov.

Australia then doubled its lead with just two seconds left in the period through Lachlan Clifford.

Easton Robitaille thwarted Kyrgyzstan’s attempt to clear the puck, and fired a shot from the blue line. Jacob Laver deflected the shot on net and the rebound went to the right of Narynkulov.

Clifford skated onto the puck and fired a backhand from a sharp angle into the roof of the net.

The late goal was a dagger to the hopes of Kyrgyzstan. Narynkulov sat on the ice for some time after the goal, the very picture of dejection.

The period ended with Australia in the lead 3-1.

Australia took the first penalty of the game just 21 seconds into the period as Robitaille went to the box for interference.

The penalty kill has been nothing short of exceptional for Australia this tournament, and they generated the best scoring chance of the two-sides short-handed.

However, Narynkulov did well to save the two-on-one rush attempt.

Australia were dominating possession and enjoying extended offensive zone time. It seemed only a matter of time before they extended their lead.

Halfway through the period, during a rare Kyrgyzstan attack, Arthur Wang broke up the two-on-one pass, and Robitaille fired the puck to Kuleshov in the neutral zone.

Kuleshov broke in on goal alone from the right side, deked forehand-backhand-forehand, and put the puck between the post and Narynkulov’s pads.

Each side took pairs of penalties as the remainder of the period was dominated by special teams. However, the score remained 4-1 at the end of the period.

Australia started the third period on the powerplay but had difficulty generating chances. Kyrgyzstan did a great job keeping Australia to the outside and muscling players off the puck.

A few minutes later Ersultan Mirbekov generated a breakaway, cutting from the right-hand side before a backhand attempt.

Friederich closed off the five-hole to deny the opportunity but Morris O’Handley was sent to the box for slashing.

Australia’s speed and aggressive forecheck are a big part of their 100 per cent penalty kill; Kyrgyzstan couldn’t find a way to set up in the offensive zone.

Australia continued to generate the better of the scoring chances, time and again Kyrgyzstan was forced to ice the puck to relieve pressure.

As the third period entered the final minute, and Kyrgyzstan noticeably tiring, Australia extended its lead to 5-1.

After another aggressive forecheck, Clifford forced another turnover and passed to Kuleshov in the slot. Kuleshov backhanded the puck blocker side on Narynkulov to complete the hat-trick.

Mexico won their quarterfinals match against Türkiye 5-2 to qualify for the semi-finals.

After Mexico held a 2-0 lead heading into the third period, Türkiye stormed back to tie it up. Türkiye scored both goals on the rush, and the score did not reflect Mexico’s advantage in possession.

With the crowd urging them on, Mexico found the go-ahead goal with just over three minutes remaining. 26 seconds later Mexico doubled its lead. An empty net goal a minute later made it 5-2 for the hosts.

The Inner Sanctum asked Assistant Coach Jason Kvisle what the game plan is against Mexico. His response? “Win”, he said.

“Start stronger, win the one on one battles, forecheck harder, speed to the break down, be first to the puck every time.

“Control the flow and speed of the game, continue to smash our targets and goals and outshoot them every period. Silence the crowd.”

The crowd has provided a boost for Mexico throughout this tournament. If Australia can score early it could negate its impact.

Mexico and Australia are the only teams in the tournament who have not lost in regulation. Chinese Taipei (shootout) and Israel (overtime) both defeated Mexico after regulation.

Australia dominates Mexico in every statistical category and should win on paper. However, games aren’t played on paper.

There will be a huge amount of Australian hockey fans watching the game live via YouTube at 5 am AEST. You can join them by clicking here. 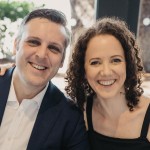